A friendly witch was about to get her next assignment when I awoke, out of nowhere, and saw that I had forgotten to blow out a candle.

There was a group of girls having a sleepover. They were in their light blueish pj’s, sitting in a circle, had cleansing masks on, and were singing a song from the 60’s about cleaning the face. (Is there such a song? In my dream I recognized it as being a popular song.)

I see a man going into a bar that is situated by itself in a small country town, surrounded by a bit of desert. For some reason, I end up in there with him. (I don’t drink, and therefore don’t patronize bars.) In the back there were three men sitting at a circular table, and realizing he was attempting to get a guy out of his chair, and having no luck (The guy I “followed” wasn’t violent, but rather quiet, and unassuming, but was stubborn, and stood his ground.), it was my turn.  I also wasn’t getting anywhere, so I went to the front counter (is that what they’re called?), and told them that this guy was trying to move the stranger out of his chair. (When I got to the counter, there was only one man, but after saying this, another man appeared and decided to go back with me.) When I got back, all the men were gone, the room had lightened up, and a group from the last place I worked, was there for lunch. (I worked with mentally, physically challenged adults, and would take groups of three out, with two other workers, and their groups of three.)

I saw a cobweb string hanging from the ceiling, which I cleaned up.

The cats were stolen, and we went to where they were, which was in a Mexican part of town. When we got there, we walked through some trees, past the office, and saw a fenced in area with a bunch of cats, some looking sickly. I had to cloth bag to collect them. As I was grabbing them, a white lady came out, and told us that when we leave, the police would come after us. I angrily asked why we were being targeted? Where was the office? Where were the police? Who runs this place? After the people in the office found out we were looking for them, they left. The police were hiding, and waiting behind a fence. The lady said we were stealing the cats, and I said that they had been stolen from us, and if the police come after us, so be it. All that Ali had said he was grateful that I had warned him. 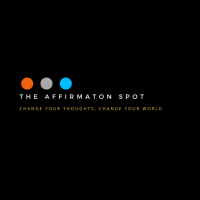