I asked, “Do I need to have children from Ali?” I dreamt that Briana had taken a picture while on the road of some small pillars (?) with what looked like an outline of a dog’s face on them. The picture was blurry from rain but clear enough to see what it was.

I dreamt that I was at the bottom of a ladder in a submarine (?). I was asking if I could come up. I was told I could. Someone with me said, “Be careful. They don’t let just anyone up” as if I might not be able to. I responded, “That’s why I asked.”

I dreamt that I was using a professional (?) digital weight scale. The number changed several times from the 500’s, 400’s, and around 150. I said to mom, “See, it’s 150.” She pointed out that that wasn’t what it was and that I wasn’t looking at the top of the numbers correctly.

I dreamt that I was being asked where my money went. I don’t remember who was asking.

I dreamt that I mentioned to someone that they still had the last two Costco / Sam’s Club chocolate muffins in the packaging on the tray.

I dreamt that I was with Greg, Mark, Judy (?), and Amy. There was another female there with down syndrome (?). I don’t remember where we were but I was hysterical that there was a man’s ghost head in a cupboard (twice the size of kitchen) that had some books in it. Greg was saying that by not seeing the ghost, that person (me) doesn’t have a normal brain.

They were also saying something about the house on the avocado street. (We had a house with a tree in back.)

I asked the same question. I dreamt that Sara was pregnant and when she held her belly, it looked like she already had the baby. Her stomach was in the form of a newborn baby. The head was to her left. She was wearing black.

I dreamt that a thin naked (Russian?) lady came to me when I was in a building with sweets against the wall in front of me. She was on my right asking me which option I wanted something from her. I don’t remember what I was getting, or the options.

Out of my peripheral vision I was noticing how she kept herself clean shaven. I was thinking how she takes the time to do that.

There was an office (?) to the left of the sweets that I was put in charge of while the owner was away. There were stairs to get up to it.

There was a chocolate (cookie?) with the sweets that I tasted. There was also some loose sugar on a cookie sheet.

I dreamt that Walid (online guy) sent me a voice clip of him drunk and singing a love song to me. It may have been in French, or partly. I was thinking that I liked his voice.

I think I had a dream with Kim Kardashian.

I also may have had a dream that had something to do with pictures on a camera disk.

I dreamt that I put my hair in a ponytail. The front of my hair became red and fluffy, like a Southern lady. It was combed over to the left. I thought it looked funny because it looked like a wig.

I dreamt that the water for the cats was low and that I needed to give them some more.

I asked the same question. I dreamt the orange cat was outside and I was scared for him because of the wolves out there.

I dreamt that an overweight girl was looking for change from the container that she dumped on a car.

I dreamt that the family moved into an older couple’s home while they were still there. Before we got there (?) they had left the house for a short time because of the floor being worked on.

I mentioned that the man’s hair moved in a way that looked like he was under water.

A short time after moving in, the couple decided to move. I said to the man that it would’ve been easier for them to move when the floors were being done.

They had some paintings that were leaned up against a wall where it would be easy to pick them up and take.

At night time I saw a black post, that is used for the “For Sale” signs, staked in the front right corner of the yard. I said that the sign would most likely be there on Sunday.

We were going to take over the mortgage. I mentioned to the man that it would be easier to take them over while they were still alive rather than dead.

I dreamt something with a black mustang vehicle. It was either backing up or out. 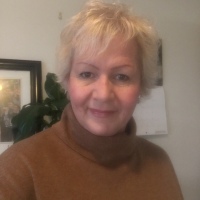 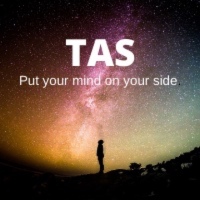 A Stairway To Fashion

imagination is the key